I qualified as a lawyer in the last days of jury trials for personal damages. Everything was staged and of course completely one-sided. The cases were either win or lose but of course there was a lot of negotiation behind the staged performances in court, and then, as now, many cases settled.

I still remember my first mediation, where almost by accident I worked between the parties on a dispute over a commercial lease, and facilitated a settlement. Those of us who practised in the family court learned in 1981 about the new concept of a mediation conference. It sounded great, but none of us were trained as mediators including the judges. It was the beginning of a path for me, and over the years we learned better tools and better approaches.

I wanted to take the role of the neutral as the mediator, and began studying dispute resolution, and I moved on from the diploma to enrol in the Masters program at Massey University, and eventually graduated with a dissertation on Judicial Settlement Conferences.

I joined AMINZ as an associate at the start of my studies, and I was encouraged to study for fellowship. I was privileged to receive the Fellowship Mediation Prize in 2008. The following year I obtained fellowship in arbitration. I have presented some papers over the years reflecting an interest in issues such as conflict-of-interest and bias.

In 2011 I took a major change of direction when I became the ombudsman at the Internet Corporation for Assigned Names and Numbers, (ICANN), which is the global body administering the domain name system. ICANN is a multi-stakeholder organisation where policy and governance are driven by bottom-up consensus decision-making. There are many diverse interests including government representation, intellectual property interests, civil society advocates, Regional Internet Registries and representatives from the other main Internet players.

The ICANN Ombudsman’s job is to make sure that ICANN community members are treated fairly. Acting as an impartial mediator, the Ombudsman helps resolve disputes on issues involving the ICANN Board, staff or supporting organizations. So my role was working within a vast array of different people throughout the world. ICANN meets three times a year in different parts of the world, trying to engage with communities in a truly global fashion. I have engaged in group mediations, shuttle diplomacy and personal mediation. I have learned about the impact of human rights, an area where I contributed as part of working parties to establish a charter for human rights for ICANN. On a basic level, meeting so many different people and cultures has helped me challenge what I have learned about the traditional role of a mediator, and help me learn about approaching problems through a different cultural lens.

I offer my particular style of tailored dispute resolution. For me, it is critical that my clients see the most appropriate way to resolve their disputes. Each case can be different, but I love to work with my clients to walk down the path to peace and resolution.

I offer a range of services as a mediator and when needed, as an arbitrator/adjudicator. I have a strong interest in family mediations, but also with commercial and intellectual property problems. As a construction adjudicator, I can switch to a mediation model if the parties realise they preferred to negotiate their own solutions. 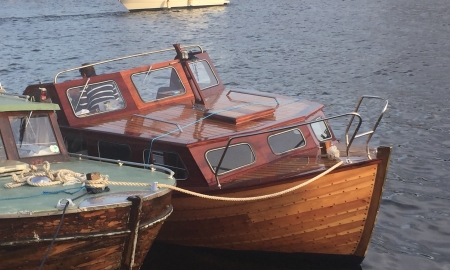 I am happy to provide quotes for fees. I accept instructions on a number of different models, including a fixed fee but I usually work on a charge per hour. I am currently a Legal Aid Provider for Civil, Criminal and Family Law, and I am able to take on Legal Aid clients in these areas.